I have always harboured a secret wish to fight crime.

To be honest, given my penchant for drawing myself as Sherlock Holmes, it's not really that much of a secret. (It's also not much of a secret that I'd be rubbish at it, as outlined in those (rather sweary) drawings.)
This dream started during afternoons with my nan, when we'd watch Murder She Wrote, and drink hot chocolate.
I was about three, which is arguably too young to be watching programmes about murder, but I've not turned out too bad, so it's probably fine.

Even now my dreams tend involve me fighting the forces of evil, and, although I hardly get to watch TV at all now (I watched three things in the whole of 2015, two of which I didn't manage to finish), crime dramas will always be the first thing I go for.
(2016 is off to a fairly good start because I actually managed to watch the whole Sherlock special by doing it in tiny sections over a couple of weeks!)
Chief amongst these beloved programmes is Midsomer Murders, as it combines not only my love of detectives and those who try to outsmart them, but my great affection for village fetes and ludicrous amounts of bunting.

A few months ago, my friend shared a post about a competition to be involved in the Midsomer version of Cluedo.
"This is my chance!" I thought, "I may not be able to actually fight crime, or be in a crime show, but maybe it could be me what done it!"
All I had to do was pick which character I wanted to enter as (Psychic, Pub Landlord, or Vicar), take a picture against a blank background, and email it in within the next months time.

With my ME, you can imagine this seemed like a bit of a tall order, especially given my daily activity levels, but over the next few weeks l slowly gathered together all I would need to become Midsomer's next psychic perp. (I went for the psychic because to be honest I don't really look like a pub landlord, or a vicar. Plus psychic's fashion choices are on point.)

It took about two to three weeks to get everything ready, slowly laying out jewellery and shawls to use, and then I had to wait for a day when I felt up to going through with it.
The morning of the photos I suited up and rested till lunch, and in the afternoon my parents played the part of photographer (mum) and lighting specialist (David).
We did it in two 5 minute bursts, and then I rested for the rest of the day after all the excitement. 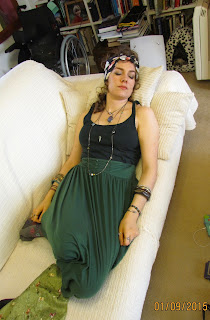 I edited the photos, sent a couple off, and waited for the announcement of the winners with baited breath.

I kept telling myself not to get my hopes up and it wasn't a big deal if I didn't win (which was a frankly load of cobblers because I so obviously wanted to win), but, all that worry was for nought, because when I visited their Facebook page on the day of the announcement I saw that... I DID IT! I WON!
(I yelled this so loudly that Jess (Jessicat Fletcher, my extremely fluffy feline), panicked, and hid in the conservatory, yowling loudly, until I had calmed down enough to behave like a civilised human being.)

So. I am now officially Nikita Fenchurch, psychic, and suspect of a brutal (if fictional) murder.

Nan would be so proud. 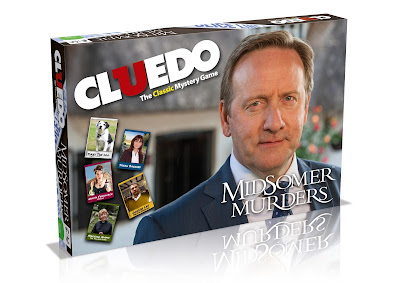 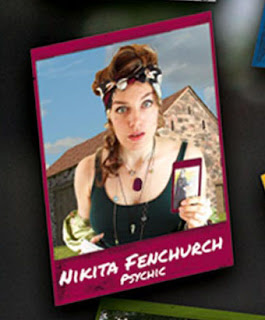 Posted by Hannah Radenkova at 07:38 2 comments:

I hope that you all had a wonderful Christmas and that the New Year is treating you well.
This is just a small announcement to say that I’ll be doing a couple of updates to a few of my posts over the next couple of days.
There’s a few little things that need tweaking to keep the information I give you as up to date as possible, so if you subscribe to email updates you may be seeing a few repeat notifications while I do that. Many apologies for that, because I imagine that will be annoying.

In the interest of expediency, I’ll tell you that the main things to be changed will be:

The Good, The Bad and The Payback - I’ve started calling the first, rather scary stage of Payback “Emergency Shutdown”. That’s a quick, apt way of putting it so I want to have that in the relevant place because I'll probably use that phrase in the future.

What not to say to Sick People: A Rough Guide - The point where I discuss the phrase “it’s not life threatening” is technically incorrect when I say ME isn’t life threatening. It is extremely, extremely rare for ME to be fatal but there have been cases where it has happened.
It’s not the happiest of corrections, but I think it’s important to be truthful. I left it out before because it's not fun to read for either sufferers or those that love them.

If there’s anything else that crops up then so be it, but those are the main ones.

After that I’ll be working on another Rough Guide, this time with advice on how to get the best visit with your sick person.

H
Posted by Hannah Radenkova at 12:29 No comments: