Something a little different today!
One of my friends asked me to use my more relaxed sketch style that I use when drawing on location to create a wedding invitation design for him and his ladylove.

They got married in Italy in October so the design had to reflect both the season and the region. This was the final outcome. 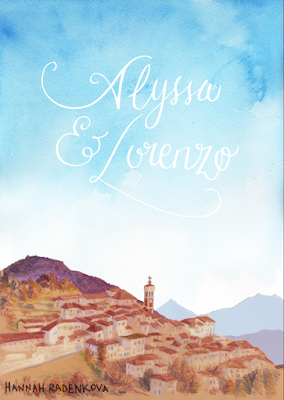 Posted by Hannah Radenkova at 12:41 No comments:

Two posts in one week - will wonders never cease! To be honest I felt I should, because after I told everyone about my Christmas cards they sold out so quickly that I feel a bit guilty leaving that post up when people won't be able to buy them!
Thank you so much to everyone who bought them. It was so wonderful knowing that they've all been sold and that people liked them so much.

So I thought it was an excellent time to show everyone my Halloween costume from this year.

I knew I wanted to be either Morticia or Gomez, but I couldn't decide which, so I decided to be both!

I've seen half and half costumes done before, but I've always felt like two characters from the same thing (or perhaps two characters that are played by the same person) have an edge over man/woman costumes - they just just make more sense to me.

Tiny Hannah accompanied my costume with her own Tiny Wednesday outfit, complete with axe, and Mum and David were Grandmama and Fester.

Poor David. He's never even seen the Addams Family (somehow??) and had to look up what the character was like to know what to do. As you'll see from the photos, he tackled this issue by picking one facial expression from google images and sticking with it religiously in every photo.

I also created two YouTube videos showing how I made the costume, the props and the extras, like the Thing I made from a hand shaped candle.

Part one is costume construction.

Part two is extras and props.

And without further ado, here is our Addams Family. Happy Halloween, guys! 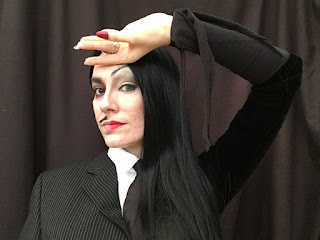 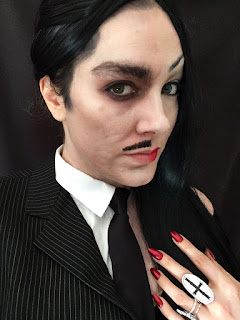 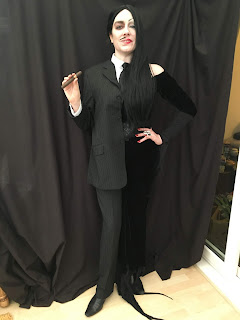 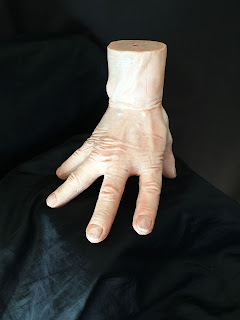 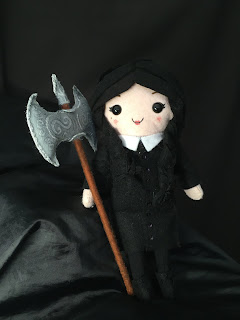 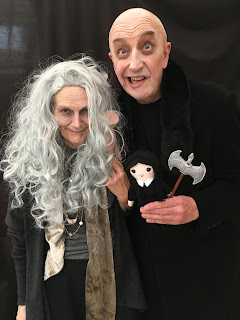 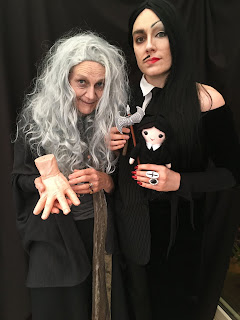 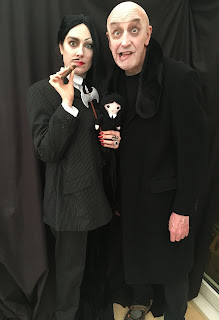 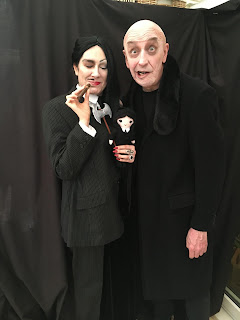 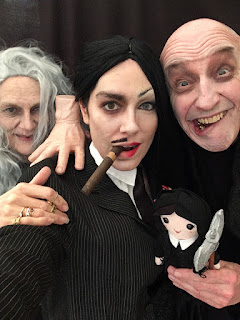 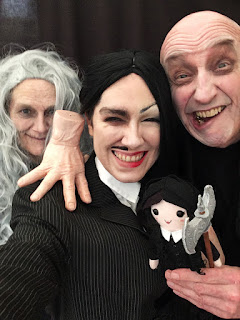 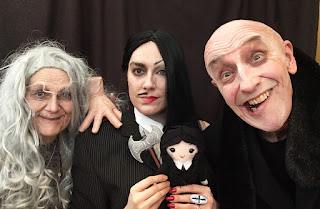 Posted by Hannah Radenkova at 12:28 2 comments: