Catie and Ben were kind enough to take Tiny Hannah on the honeymoon I won them. Here are their adventures. Thanks so much, guys! 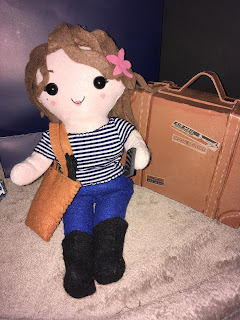 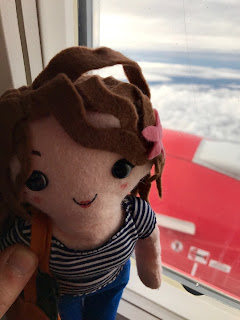 TH's first flight. She's just as excited as I get. 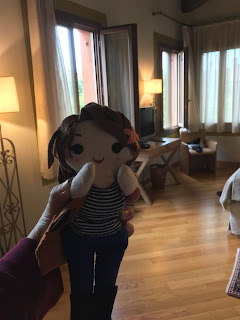 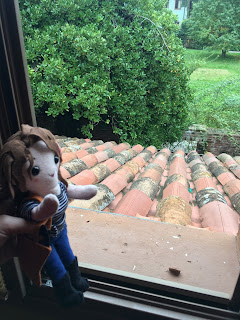 Which used to be a convent. It's so fancy. 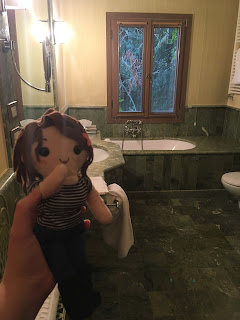 Just look at this bathroom! Those must have been some fancy nuns. 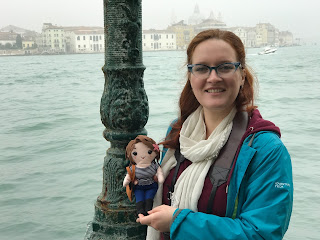 Misty morning in Venezia. TH proposed they pretended to be in a Film Noir. 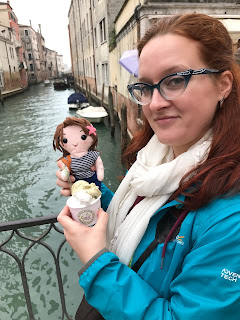 Gelato! My favourite. Catie is clearly worried TH won't leave any for her. 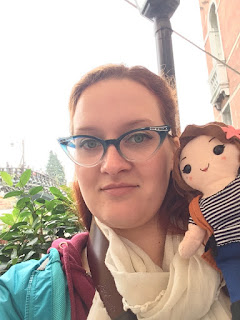 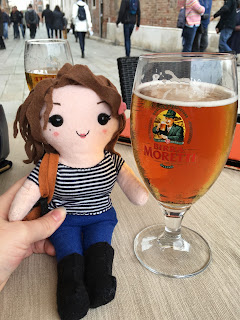 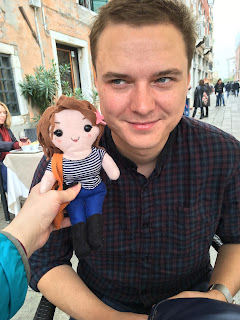 Ben. Who is not keen on having his photo taken. Don't worry. TH will convince him. 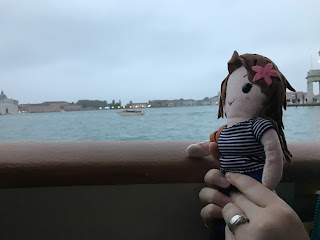 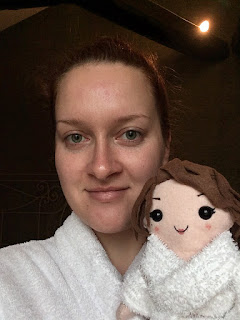 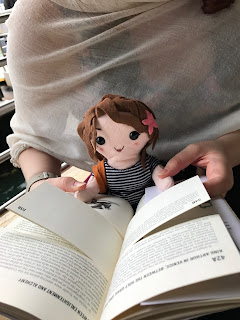 TH, Ben and Catie go on a Treasure Hunt Guided Tour around the city. 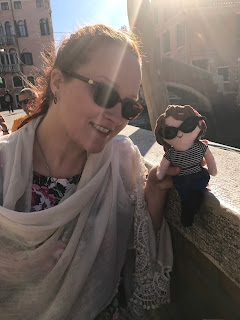 Some sun! Break out the shades! 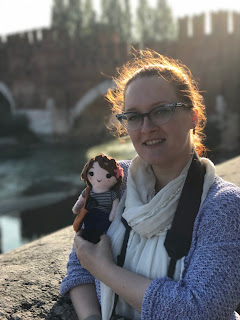 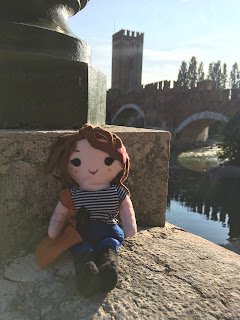 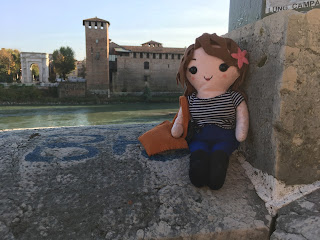 It's just so pretty. 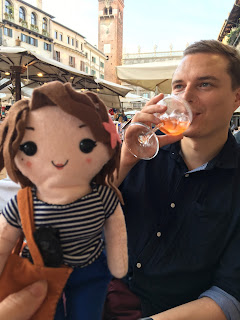 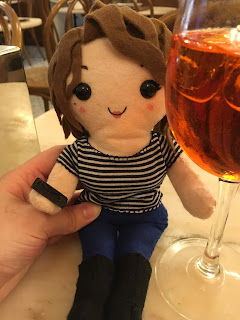 Apparently Aperol is the tastiest drink around. TH texted me to tell me. 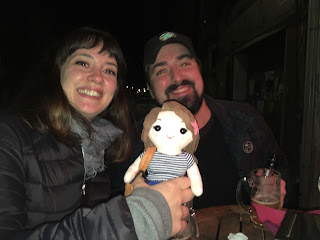 After all that Aperol, TH made some friends! 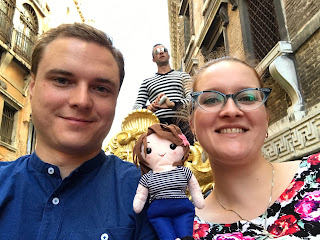 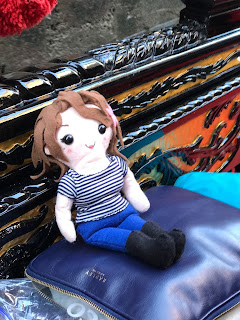 In awe of her surroundings, no doubt. 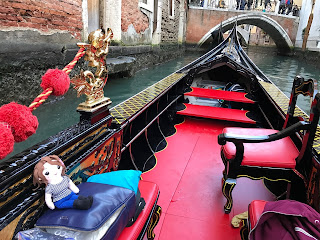 Any one else got "Just one Cornetto" stuck in their head? 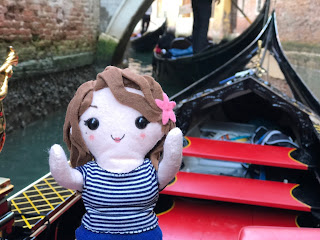 Hooray! This trip was a resounding success. 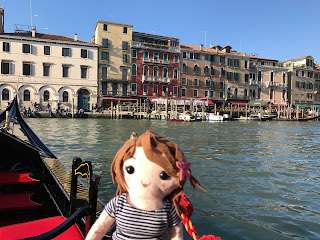 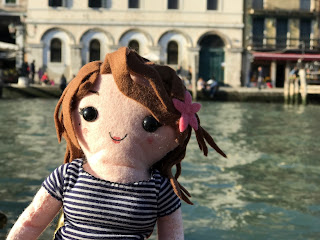 She's ready for her close up. 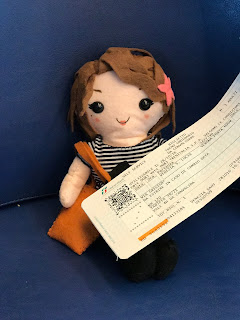 Ticket for the plane home. 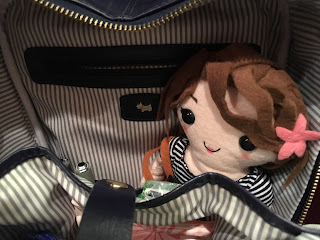 Posted by Hannah Radenkova at 18:11